This weekend saw the arrival of the Yorkshire Dales Food and Drink Festival to our family's very own Funkirk Farm, just outside Skipton, for the very first time. It was a fantastic weekend with a vibrant atmosphere. Here is a flavour of what we discovered over the weekend. 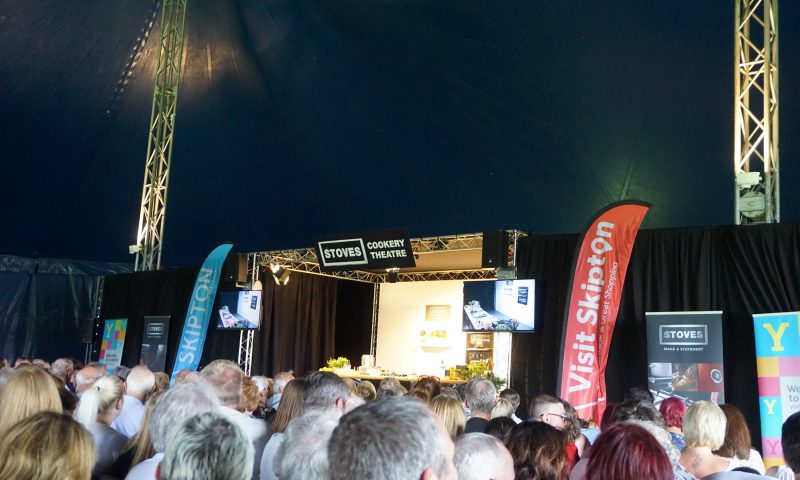 Of course, there was food and food in abundance.

On the first day we purposefully arrived after the showers, our first question being - what shall we choose to eat for lunch? To say that we were spoilt for choice was an understatement. We chose some mouthwatering pulled pork sandwiches followed by a crepe. Returning for more on the Sunday I opted for a Buffalo Burger (really delicious) and my husband, Chicken and Chorizo Paella. Ice creams were a feature too, followed by lots and lots of running by my daughter!

There is something heartwarming about seeing the fields at home full of visitors rather than the usual dairy cows out at grass. The farm's setting just off the A59 bypass makes it a convenient location for outdoor field events. There was even an open top bus travelling to and from Skipton train station at regular intervals to bring people to and from the farm.

Farming, food production and rural enterprise was at the heart of the festival and its ethos. There were very many stands and displays from small producers and diversified farm businesses, through to craft displays and innovative retailers.

The two 'names in lights' this weekend were John Torode and James Martin.

Well known on the popular BBC Masterchef Programme, John Torode led a number of demonstrations and talks on Saturday. My family watched him on Saturday morning and said he was brilliant and very entertaining. In the afternoon, John Torode was walking around the Festival Field and walked straight past us. In true Celebrity-spotting style, I nudged my husband to say 'It's him!' but wasn't quick enough to jump in or ask for the 'Selfie' as some others had before us.

Sunday was a treat for me, waiting in the Big Top for Celebrity Chef James Martin to arrive. The presenter gave a warm welcome to the audience and also introduced my Dad, 'John the Farmer'. He referred to the festival site's dairy farm - and encouraged the audience to seek out and try the 'cheese from the farm' whilst here (more on that later).

James Martin walked in to loud applause and was soon joking to the audience, particularly with the deluge of photographs being taken by them! So he held up his smartphone to take a picture of the audience in return. 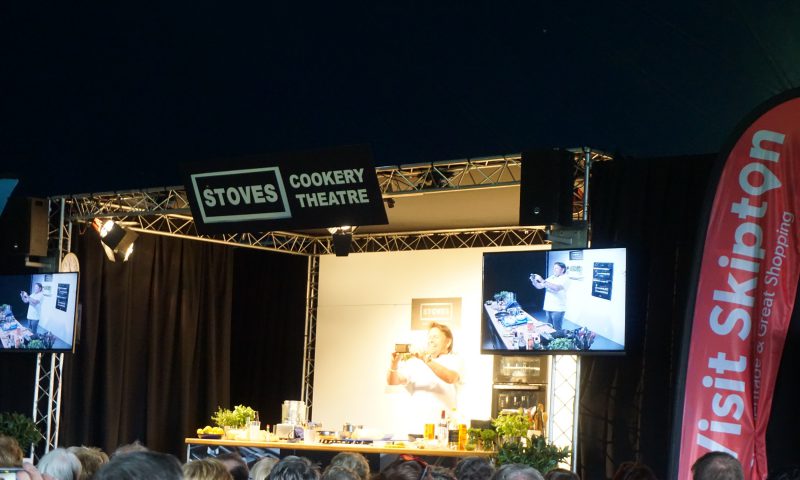 James was soon captivating the audience with his relaxed style as he set about preparing Monkfish and demonstrated some extremely fast chopping skills!

We toured the Festival Field and took time to look at some of the stands in the Artisan Producers area. A jovial pair from Dales Dairies were quick to invite us to sample the 'cheese from the farm' - a new Wensleydale cheese that had been produced especially for the Food Festival - to trial with consumers.  They also offered glasses of Freedom Milk to drink.

The cheese is produced in Grassington from the cows at Funkirk Farm together with three other local dairy farms under the 'Freedom Milk' banner. 'Freedom' means that the cows graze outside for at least 180 days a year (the 'Pasture Promise') and meet welfare standards set out by the Free Range Dairy Network.

'Freedom Milk' can already be bought in local Keelham Farm Shop in Skipton and perhaps one day soon, Dales Dairies will launch cheese to the market too.

Sampling the cheese made me think of Fruit Cake. How very Yorkshire. Roll on Christmas...

Family and the Fun Bus

The Festival was very family-friendly and children were well catered for. There were activities in the Children's Tent and outside it was fun to join in with Rugby Tots. With childhood nostalgia aplenty, it was great to see a number of traditional fun fair rides on offer suitable for different age groups. 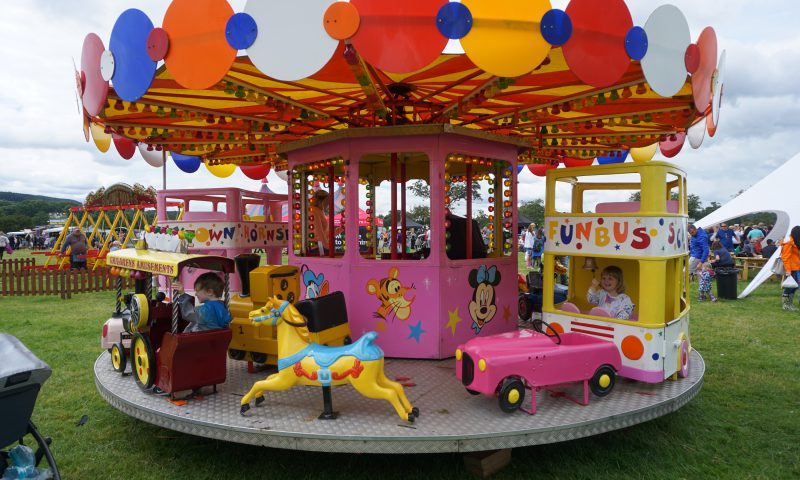 It was great fun to see our daughter enjoy having a go to 'Hook a Duck', swing on the Swingboats, and ride on the Merry Go Round. 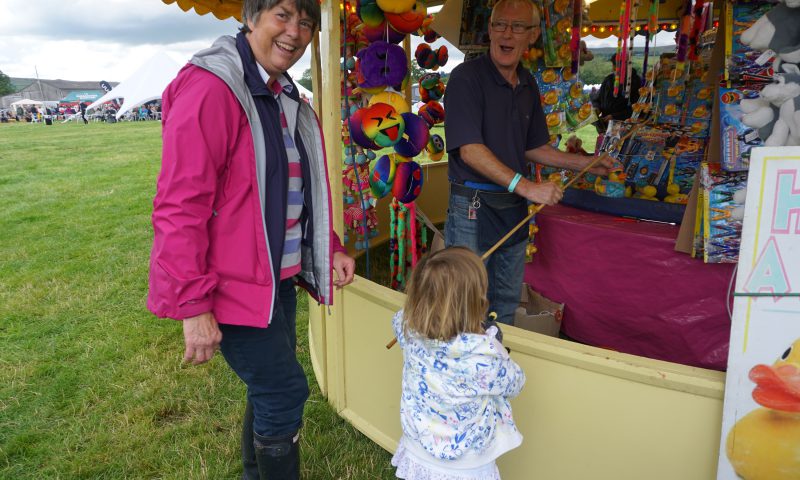 She chose to 'travel' on the Fun Bus, which brought great delight and smiles all round. 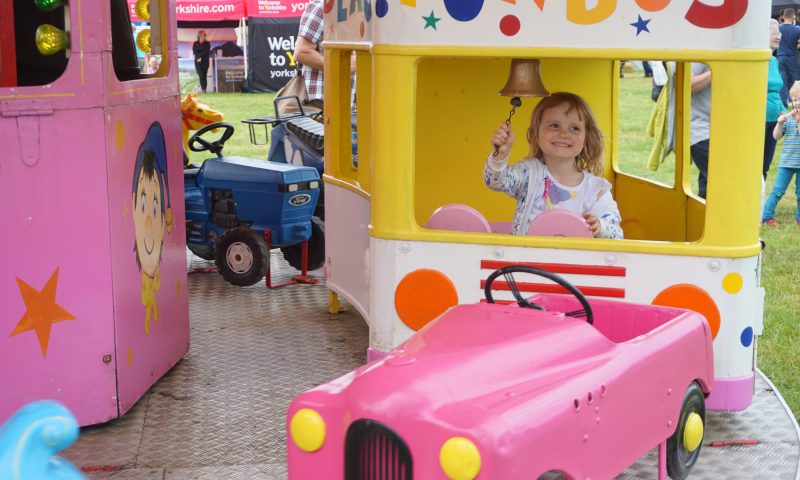 It had been a fun-filled weekend on the farm, a great atmosphere and enough fine and bright weather overall in the weekend to keep visitors smiling and enjoying themselves. A very big well done to everybody involved.